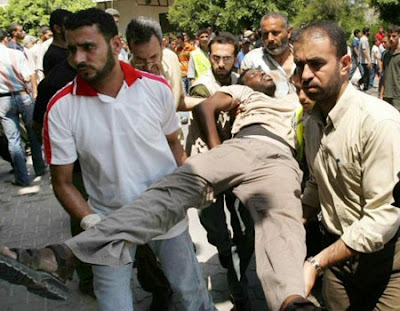 I've just been sent this video clip from Ynet of an al Aqsa TV cameraman being shot on the ground by Israeli soldiers until both of his legs needed amputating. Al Aqsa TV is Hamas's television station so they must have carried on shooting him on the ground because he was armed with a charter. He certainly can't have been armed with much else because you can see his camera in his hands quite clearly in the clip. The Ynet article is here.
Posted by levi9909 @ 1:06 pm