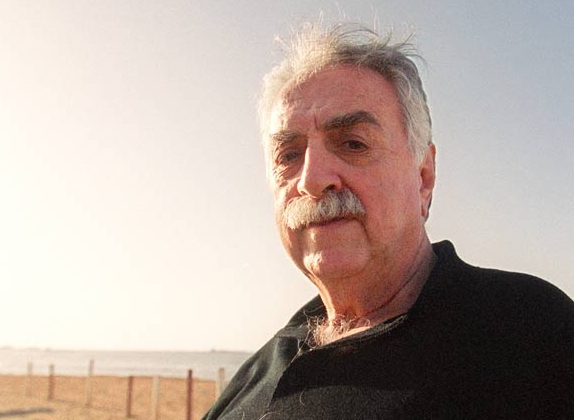 Abraham Serfaty was born in Casablanca in 1926 in a Moroccan Jewish family. He was a member of the Communist Party and fought first against French colonialism and later against the King Hasan II. For his struggle against colonialism and for democracy in Morocco he spent seventeen years in prison and eight years in exile.

Serfaty graduated as a mining engineer in Paris in 1949, and help develop technical education in Morocco after independence. He began his political engagement in 1944, when he joined other young Moroccans in the anti-colonial Communist Party. In 1950 he left the, in his words, "sclerotic" Communist Party and participated in creating an ultra left party called “The voice of Democracy”. In 1972 he was arrested and tortured by the Moroccan security services. Two years later he was imprisoned for 17 years. In September 1991, his Moroccan citizenship was revoked because of his opposition to the annexation of Western Sahara, and he was exiled to France with his wife, where he continued to be active in the cause of Arab liberation. He was allowed back in Morocco and his citizenship was reinstated in 1999.

Serfaty was a Moroccan Jew who rejected Zionism and declared his opposition to Israel’s “Law of Return.” He supported the Palestinian struggle and wrote in in his Prison notes "Zionism is above all a racist ideology. It is the Jewish reversal of Hitlerism....It proclaims the state of Israel "Jewish above everything" just as Hitler proclaimed an Aryan Germany".

Reuven Aberjel, Moroccan co-founder of the Black Panthers in Israel, wrote in an obituary: "[Serfaty] was the Nelson Mandela of the Moroccan Jews; he detested the Zionist activity in Morocco and the huge damage it caused the Jewish community there."