The Guardian Unlimited online has a series of photos from Lebanon by a chap called Sean Smith. They've been up since 11 April 2007 but I've only just seen them: 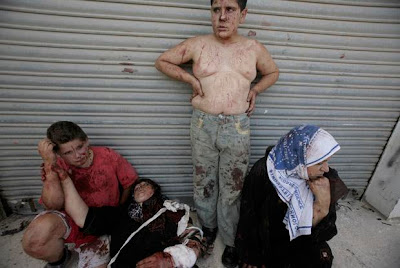 July 23 2006: Ali Sha'ita, 12, (l) tries to comfort his mother. The extended family were wounded when the three vans in which they were travelling were hit by an Israeli missile