It's probably an innocent thing but I just tried this Jewish Chronicle link to an article headed, Jeremy Newmark urged to step down as local councillor and I got this: 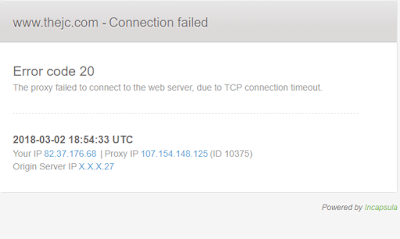 I always find the JC and Dysch suspect but as I said, it's probably an innocent and google of course has its cache which is here but won't be for long.  So here is that article in full pending its restoration to its rightful place on the JC website:

Jeremy Newmark urged to step down as local councillor 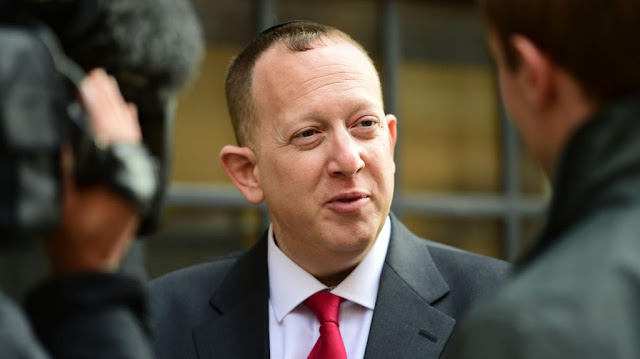 Jeremy Newmark has been urged to stand down as a local councillor following revelations about the circumstances of his departure from the Jewish Leadership Council.
Mr Newmark was advised to “step back” from his role as leader of the Labour group on Hertsmere Borough Council by the authority’s Conservative leader during a meeting in Borehamwood last night.
Morris Bright said Mr Newmark should show “the same deference” to the council that he had paid to the Jewish Labour Movement, from which he resigned as chairman. Doing so would allow him to “defend himself and his reputation”, Mr Bright suggested.
The council leader told a full meeting of the authority that he had been contacted by local residents asking “what the council is intending to do about this matter”.
He revealed he had met Mr Newmark in the days after the publication of allegations dating back to 2013 when Mr Newmark was chief executive of the JLC.
Mr Bright said: “Cllr Newmark was accompanied by councillor Rebecca Butler to the meeting. We spoke openly about the allegations made against Cllr Newmark by a national newspaper.
“I expressed the concern that was being expressed to me around the headlines and stories in the Jewish Chronicle, the Times and other media outlets.
“Cllr Newmark said the claims were ‘largely unfounded’ and ‘largely untrue’ and some were completely false.
“I explained that I was not forming a judgement as to any guilt and that everyone has a right to defend themselves, their name and their reputation.”
Mr Newmark has denied that he misused JLC funds or claimed inappropriate expenses. He resigned as chairman of the Jewish Labour Movement the day after the story broke in February and has made no public comments since issuing a denial to the JC.
Mr Bright added: “Let me repeat here in this chamber and on the webcast what I said to Cllr Newmark at that meeting; and let me be very clear about this… that neither I nor the anyone in my group are implying any guilt on his part at all.
“It is felt though both by my group and by residents who have communicated with me that he should, as indicated by the JLM, allow himself the time and space to attempt in a clear and individual way to seek redress and to clear his name.
“I made this request in person and in writing. I hope now that Cllr Newmark has had time for reflection since we first spoke about this some weeks ago.
“It is appropriate now for him to do the honourable thing and step back from Hertsmere, at what I know must be a difficult personal time for him.
“And I personally wish him well in his efforts to seek to clear his name of these serious allegations.”
Mr Newmark attended the council meeting and spoke after Mr Bright, but did not respond directly to his remarks. It is thought it was his first public appearance since the JC’s revelations last month.
Posted by levi9909 @ 7:08 pm