Jeremy Corbyn and the Minister for Jews

Jewish Chronicle editor, Stephen Pollard, came in for a lot of criticism/ridicule recently when he bragged that the JC had scooped the idea that Jeremy Corbyn was considering a minister for Jews should Corbyn form a government one day.  Well undeterred, the JC has now run a front page headline in its print edition thus: 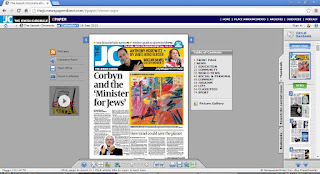 I don't know how much lower they can go with this but they'll probably manage something.
Posted by levi9909 @ 11:59 am No comments:


We are heartbroken to report the news that one of our most longstanding, much loved and admired Jewish Socialists' Group members, Charlie Pottins, has died. A lifelong socialist and trade unionist, Charlie was a brilliant thinker and a talented writer, and we will all really miss him. We will post more news as we get it.

Charlie blogged at Random Pottins and had a Facebook page here.
Posted by levi9909 @ 8:47 am No comments:

Email ThisBlogThis!Share to TwitterShare to FacebookShare to Pinterest
Labels: activism

From a tweet by Ben White linking this Jewish Chronicle article by Alan Johnson: 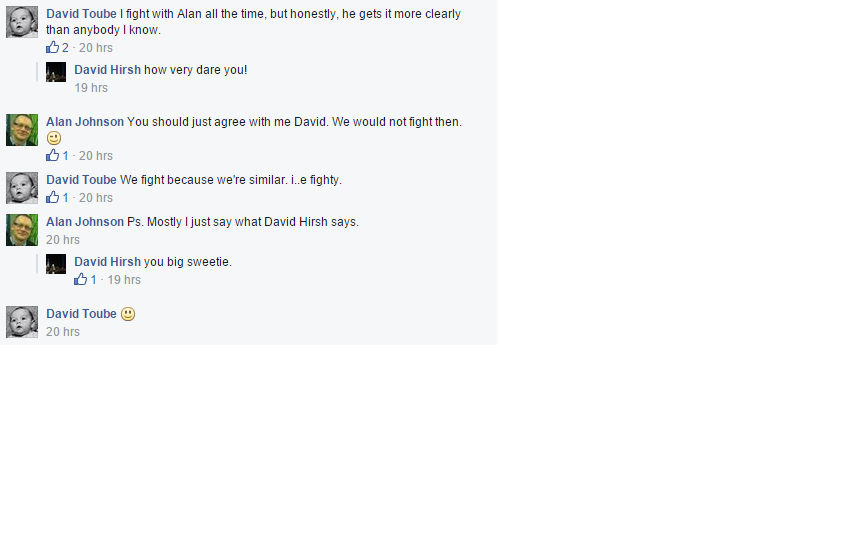 Here's a curious opinion piece in the Jewish News owning up to the Zionist propensity for crying wolf with bogus allegations of antisemitism.  So far so welcome but the piece isn't actually objecting to the bogus allegation itself but to its efficacy.  It's also not clear what the author (Jack Mendel, JN online editor) is referring to when he objects to the crying of wolf.  And he makes the assumption that whatever it is he is objecting to he is expressing himself as if for the entire Jewish community.  Take this for openers:

Jeremy Corbyn’s likely ascension to Opposition Leader will mark the moment when the Jewish community becomes the community that cried wolf.
If we were to take a collective selfie to mark that moment, we would appear visibly worried, because we’ve long mocked the left-winger’s brand of politics, caricaturing the ‘loony left’ and degrading it as an insignificant, irrelevant fringe, only to now see it on the verge of victory.

So was the crying of wolf not taking the "loony left" seriously enough?  Or is it the taking it seriously now?  What's he saying?  Well he's certainly saying that we Jews don't like Jeremy Corbyn and now what are we Jews gonna do?

You see, having leveled the charge of antisemitism at so many people over the years we Jews may have devalued the currency.  My thoughts?  Well close to my thoughts except I don't go in for generalisations about "we Jews".  Nope, I was actually paraphrasing the articles rather confused and confusing author:

We are to blame. Looking back we have not picked our battles well, smearing and disparaging lesser men, running our account dry. Now, when a genuine need arises (i.e. to shed light on Corbyn’s questionable links) we find we are all out of credit, ourselves discredited as “smearers” out to blacken a good man’s name.
Compared to the likes of Galloway and Livingstone, Corbyn’s politics is more intelligent and palatable, but radical nonetheless, at least in our current climate of mundane consensus. Our reaction to him should have been different. Yet we have reacted to him as if he were calling for an Israeli-free London.
We have played the wrong game. We’ve relied on character assassination, but on this he seems impenetrable.[emphases added]

Apart from Mr Mendel's use of the word "we" there's not a whole lot to disagree with here.