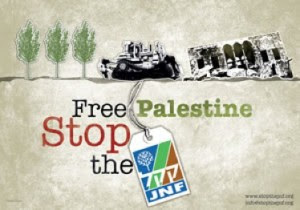 
The Stop the JNF Campaign is calling for activists for Palestinian rights to take action between March 30 (Land Day) and April 18 (Tax Day) to amplify efforts targeting the Jewish National Fund for its role in the ongoing displacement of Palestinians from their land. The JNF enjoys tax-exempt status as a charitable organization in… Read more »
Posted by levi9909 @ 12:22 pm No comments:

The clearly Zionist inspired antisemitism hysteria arising out of one antisemitic tweet and one antisemitic blog post has claimed its first Jewish victim.  Tony Greenstein has now been suspended by the Labour Party by way of a Kafkaesque letter:

Allegations that you may have been involved in a breach of Labour Party rules have been brought to the attention of national officers of the Party. These allegations relate to comments you are alleged to have made which will be investigated under 2.1.8 of the party's rules. It is important that these allegations are investigated and the NEC will be asked to authorise a full report to be drawn up with recommendations for disciplinary action if appropriate.

I write to give you formal notice that it has been determined that the powers given to the NEC under 6.1.1.A of the Party's rules should be invoked to suspend you from office or representation of the party*, pending the outcome of an internal Party investigation.

In view of the urgency to protect the Party's reputation in the present situation the General Secretary has determined to use powers delegated to him under Clause V111.5 of the constitutional rules of the party to impose this suspension forthwith, subject to the approval of the next meeting of the NEC. Because of the nature of the allegations received and concerns that your presence at branch meetings may be detrimental to the Party, while subject to this administrative suspension, you cannot attend any party meetings including your own branch meeting and Annual Conference and you cannot seek office within the Party or be considered for selection as a candidate to represent the Labour Party at an election at any level** .

The General Secretary has appointed Harry Gregson, Acting Regional Director, to arrange conduct of the Party's own investigation and you will be contacted by him in due course with details as to how he intends to proceed with enquiries.

It is hoped you will offer your full co-operation to the Party in resolving this matter.

* In relation to any alleged breach of the constitution, rules or standing orders of the party by an individual member or members of the party, the NEC may, pending the final outcome of any investigation and charges (if any), suspend that individual or individuals from office or representation of the party notwithstanding the fact that the individual concerned has been or may be eligible to be selected as a candidate in any election or by-election. (Disciplinary Rules, Clause 6.1.1.A)

** A 'suspension' of a member whether by the NEC in pursuance of 1 above or by the NCC in imposing a disciplinary penalty, unless otherwise defined by that decision, shall require the membership rights of the individual member concerned to be confined to participation in their own branch meetings, unless the reason for the suspension in part or in full is their conduct in party meetings or there are concerns that their presence at branch meetings may be detrimental to the Party, and activities as an ordinary member only and in ballots of all individual members where applicable. A suspended member shall not be eligible to seek any office in the party, nor shall s/he be eligible for nomination to any panel of prospective candidates nor to represent the party in any position at any level. The member concerned will not be eligible to attend any CLP meeting other than to fulfil the requirement to participate in ballots, (Disciplinary rules, Clause 6.1.3)

Zionists admit to redefining antisemitism to suit themselves

Look at this in the Jewish News, which claims to be Britain's biggest Jewish Newspaper:

The Board of Deputies has said anti-Israel sentiment should be classed as anti-Semitism and called for a new European Union definition of Jew hatred to reflect it.

So opposition to an essentially racist state should now be considered antisemitic.  And yet zionists always denied this with regard to the discredited and ditched EUMC Working Definition of Antisemitism.

But what's this further down the article:


The current Working Definition of Anti-Semitism was created by the EU’s Monitoring Centre on Racism and Xenophobia (EUMC) to guide law enforcement agencies, but has no legal basis.


The so-called EUMC Working Definition of Antisemitism was not created by the EUMC but foisted on it by the American Jewish Committee. It was hosted on the EUMC website without comment for some time before being removed as part of a "clear out of "non-official" documents. The BBC made this clear to me in an email back in 2013. Here's a fuller quote:

the so-called “working definition of anti-semitism” referred to in the finding and cited by the complainant was published on the website of the EU Monitoring Committee for Racism and Xenophobia in 2005. This body was replaced by the EU Agency for Fundamental Rights (the FRA) in 2007. A press officer at the FRA has explained that this was a discussion paper and was never adopted by the EU as a working definition, although it has been on the FRA website until recently when it was removed during a clear out of “non-official” documents. The link to the FRA site provided by the complainant in his appeal no longer works.

Of course you should run a correction.

Let's see if they run a correction.  I'm guessing they won't because zionists seem to set great store on the idea that the bogus document came from the EU itself.  Zionist university professor, Robert Fine made the false claim in his own European Sociological Association journal and another zionist academic, Ben Gidley (Bob from Brockley blog) knowingly made the same false claim in a report to the ludicrous bunch of chancers known as the All-Party Parliamentary Committee (or was it sub-committee) on "Antisemitism".

Anyway, at least the zios are now admitting to wanting to change the definition of what was anti-Jewish racism to protect Israel and its official racist ideology of Zionism and their supporters.

UPDATE: I checked at 19:20 to see if Jewish News had corrected their error and unfortunately my comment has disappeared.  I've reposted it. I thought they weren't supposed to work on the sabbath but maybe they deleted the comment before sundown.
Posted by levi9909 @ 4:54 pm No comments:

Another day another bogus conflation of anti-Zionism and antisemitism

This time it's Dr David Hirsh in the Jewish Chronicle.  Dr Hirsh always used to deny being a Zionist but I never did work out how he differs from one nor do I recall him ever setting out a definition of Zionism that excluded himself.  But here he is on the Jewish Chronicle website happily denouncing anti-Zionism or opposition to Israel as being antisemitic, not simply leading to antisemitism which used to be his schtick:


Hostility to Israel is partly caused by antisemitism and is also itself a cause of further antisemitism.

Oh look, "partly".  So "Hostility to Israel is partly caused by antisemitism".  Only partly?  So what about the other parts of hostility to Israel?  Might they be caused by Israel's existence as a racist state based on colonial settlement, ethnic cleansing, segregationist laws and relentless violence towards non-Jewish natives and neighbours of Palestine?  Hirsh doesn't say, not in this article anyway.

Hirsh's latest masterpiece also appears on his own Engage website but not on the Israel lobby group BICOM's Fathom website.  Maybe he missed the deadline.
Posted by levi9909 @ 10:08 am No comments:

Robert Finally gets to the point

There's a book review on the Engage website, written by Zionist sociology lecturer, Robert Fine, about a book called The Definition of Anti-Semitism by a Kenneth Marcus.  Now I'm guessing that a book on antisemitism praised by Robert Fine must conflate antisemitism and anti-Zionism.  And look at this:

There you go.  It took him several paragraphs to get to the point he was bound to make but he gets there towards the end.

As it happens, Fine is wrong here.  Judenstaat doesn't actually mean Jewish State, it means Jews' State, ie, a state specially for the world's Jews as in The State of Israel.  I always suspect that when Zionists call Israel, a Jewish state they are making out it just happens to have a Jewish majority but the difference between Jewish State and Jews' State is significant.

Clearly a state that is for the world's Jews is discriminatory at best and may even have to tinker with the "demographics" like by ethnically cleansing some people (non-Jews) and giving privileged access to others (Jews). Opposition to such a state is anti-racist, not antisemitic, but for Fine and this Marcus chap, it is the most dangerous form of antisemitism. Why?  Well, I didn't get that far.  I just wanted to point out that here is a prominent academic having yet another go at conflating the perfectly legitimate demand for the abolition of Jewish supremacist statehood with racism against Jews.

I'm starting to get nervous about what horrors the racist war criminals of the illegitimate Zionist entity are planning to inflict on the Palestinians sometime soon.  It's usually at times like those that the Zios crank up the false allegations of antisemitism.  Or maybe it's just that intellectually dishonest chancers like Fine have devoted so much of their time and energy and staked so much of their professional reputations on this bogus conflation they don't know how to do anything else.