That Engage apology in full 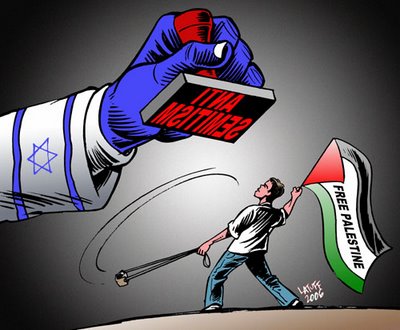 Well it's not the apology in full. And of course it wasn't an apology anyway. I just noticed another thing about Engage's post falsely accusing MPAC of antisemitism and dishonesty. Yes, Engage accusing people of dishonesty!

But MPAC needs to think seriously about antisemitism. Interestingly, in their piece, they have reproduced all the links except for one. The one they don't reproduce is the link to the Anthony Julius piece on the blood libel. This is the one that they ought to read.

It is also noticable that MPAC do not respond to the substance of the charge made against them: that it is antisemitic to compare the murder of millions of Jewish children by Nazis with the current policies of Israel. They run with a whole load of fluff about who is Jewish and who isn't - but they fail to defend themselves against the charge.

Now this is sheer dishonesty by Engage. First MPAC ran an article by Desert Peace in which the ghettoisation of the Palestinians and the treatment of children is likened to the Warsaw Ghetto and a forced labour policy, not the killing of millions of Jews; children or adults. Though it should be noted that the ghettoisation was a phase en route to annihilation; something the zionists at Engage choose to ignore. Then Engage falsely accused them of antisemitism for running that post. Then I ran a piece accusing Engage of dishonesty. Then MPAC ran a copy and paste of my post on the whole thing and now Engage, having misrepresented the first piece, are misrepresenting the second piece. They say the only piece that MPAC don't link to is the stupid irrelevant article by Anthony Julius on "blood libel." But the link to that piece is in the article that I linked to when Engage first made their false allegation, that is the article that Engage is complaining about.

And why should MPAC or anyone else run a link to an article on a false charge levelled against Jews in medieval times that is now being used to defend zionists from the truthful charge that the State of Israel mistreats, incarcerates and kills children?

Desert Peace is none too pleased with Engage's dishonest antics either.
Posted by levi9909 @ 8:31 am