Iran's President Ahmadinejad was the only head of state who came to the Durban Review Conference in Geneva. He delivered there a blistering attack on Western powers and ideas. Below are a few comments about his intervention.

I. Holocaust denial. There was none of it in the actual delivered speech, but it appears there was some of it in the preliminary version given to the translators. That in itself is repugnant. Ahmadinejad had in the past used his soap box to air doubts about the historical veracity of the Nazi genocide of Jews. He was denounced for that as he should have been, even though too many of those who denounced him were often holocaust deniers themselves. But as pertaining to the speech in Geneva, the obsession with the Holocaust is a diversion. The state of Iran is a signatory of both the original and the Review final declaration, both of which assert that "the Holocaust must never be forgotten." The U.S. and Israel are not signatories. Even so, the Obama administration demanded and received the removal from the final declaration of a paragraph describing the Atlantic slave trade as a crime against humanity. If that is not holocaust denial, what is? If one wants to discuss holocaust denial at the Durban Review conference, why not start with Obama? 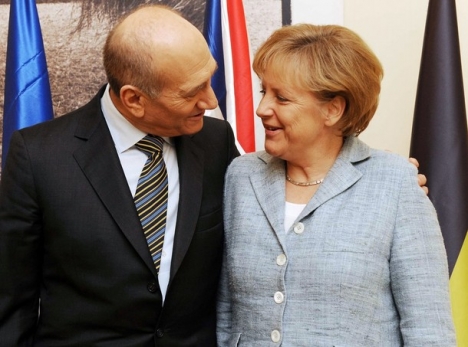 II. Hate and Colonialism. Ahmadinejad gave the attendees a lecture in the history of colonialist atrocities, culminating in the wars in Iraq and Afghanistan and the current financial crisis. One can quibble with this or that detail, but not with the general thrust of the presentation. The West is guilty as charged. What the West did (and still does) to the Rest should never be forgotten, just like what it did to its Jews should never be forgotten. Was it a hateful speech as so many described it? I'd say it was inflammatory and occasionally hyperbolic. But what then if it were indeed hateful? Hatred is a natural reaction to being enslaved, murdered, exploited, dominated and occupied for decades, sometimes centuries. Ahmadinejad expressed the feelings of millions in this speech, which was for that very reason applauded and celebrated in the hall and outside. If there was anger and hatred in Ahmadinejad's language, Western diplomats should have had the decency to take it sitting down. To walk out on a description of the objective criminal history of their countries is to display the very racism that was supposed to be the Conference's subject. Europe has still a long way to go coming to terms with its role in earning the resentment and sometimes the hatred of much of the world.

These are, not to be forgotten, the diplomats from the same countries whose leaders rushed to Jerusalem to get photographed smiling alongside Olmert a few hours after Israel halted the slaughter of 1,400 Palestinians.

As history goes, this is inaccurate. European powers' support for Zionism preceded the holocaust. European nations did not send "migrants" to Palestine after the war, nor did they participate in the 1948 ethnic cleansing (but Britain did suppress the 1936 Arab Revolt, which prepared the ground for the ethnic cleansing but preceded the holocaust). The Jews who came to Palestine before the war were not "sent", although many did come "in consequences of racism in Europe." Jewish refugees (not migrants) did get to Palestine from Europe after the war, many against their will. However, the bulk of the people who beefed up Israel's Jewish demographics after the war came not from Europe, but rather from Arab countries. One crucial factor in their emigration was the collusion between Arab governments and Zionist agents and the reactionary incitement against Jews by those same governments, heightened by their need to cover up for their failure to assist Palestinians during the 1948 ethnic cleansing in any meaningful way.

Pointing out these inaccuracies should not detract from the validity of the paragraph's main thrust, which is unassailable: the responsibility of Zionists to the ethnic cleansing of Palestine, the Western support that the racist regime established in Palestine received ever since, and the wrongful use of the holocaust to justify this support. The Western refusal to even listen to these by now evident truths is wrong, stupid and stultifying. It makes Western capitals appear more than ever as arid bastions of privilege bereft of reason and moral grounding.

But these inaccuracies are important in the present context. They speak to exactly what is wrong with representing colonialism in a way that effaces the ambiguous role of local elites. One of the major factors in the success of the ethnic cleansing enterprise was that, for complex reasons, Palestinian interests were defined and represented by neighboring Arab governments. This led to a series of blunders and betrayals that contributed significantly to both the military and the diplomatic victories of Zionism. Ahmadinejad unfortunately followed in that tradition that substituted bombastic and in fact harmful rhetoric for effective support. Zionism is not only an ideology foreign to Palestine, but also an ideology of remaining and maintaining itself foreign. Zionism, thus, must be defeated; but reflecting back to it its own vision of apartheid in its own language of purity and separation only strengthens it.

Most importantly, the strategy adopted by Iran in Geneva paid no attention to the impact it may have on concrete Palestinian goals in the context of the conference. Needless to say, the Iranian President paid event less attention to the effect of his speech on all the other issues of racism present in Geneva. His speech may have thus thrilled many bloggers, but few attending Palestinians.

The official PA ambassador, Ibrahim Khraishi, criticized Ahmadinejad for "making a show," not coordinating his speech and using Palestine for his own election needs (Jerusalem Post). Had he been alone, it would have been easy to dismiss Khraishi due to the excessively accommodative position of the PA. But in fact on this occasion his apprehension was widely shared by Palestinian activists far from the politics of the PA. Thus, Wisam Ahmad from al-Haq:

And Ingrid Jaradat, director of the Badil Resource Center in Bethlehem:

We all knew he was going to come, we all knew that the European governments were going to wait until they just hear the key word and then they will all stand up and leave the hall and then the press comes in, they all would write about what he said or did not say and everybody would forget what is really written in the documents and what the conference is really about...From my point of view I do not think that this was helpful for the Palestinian people in general and not for our organisation. (Reuters)

A day after Ahmadinejad's speech the Palestinian BDS National Committee issued a press release criticizing Iran for doing business with companies that profit from Israeli settlements. The timing, of course, was pure coincidence.

Seamus Milne sums up the impact of Ahmadinajad's speech:

like the other boycotting governments, the US administration had been intensely lobbied by rightwing pro-Israel groups, who had insisted long in advance that the conference would be a "hatefest". Ahmadinejad's grandstanding played straight into that agenda. (The Guardian)

But it wasn't just right-wing pro-Israeli groups that wanted to derail the conference. The Zionist sabotage was supported by both the U.S. and many European states. Concerns over antisemitism was a convenient excuse, but behind it lay fears of the repercussions of empowering too much the victims of racism. In Europe, for example, the Czech Republic, which made a point of leaving the conference in "protest" of Ahmadinejad's speech, racism against Roma is rampant and officially tolerated. The Obama administration is terrified of a resurgence of the demand for reparation for slavery. The U.K. is one of the major purveyors of Islamophobia. Spain built a whole new agricultural economy on the back of North African migrant workers. One can go on and on. There was therefore a coalition of powerful interests going into the conference with the intention of weakening it. This coalition was not homogeneous. The Zionists and the U.S. were ready to destroy the conference. The Europeans wanted merely to take it down a notch. On the receiving side of this assault stood thousands of activists and NGO workers from all over the world who came to Geneva because the development of anti-racist protocols at the U.N. level, however problematic and insufficient, empowers their local work. Among them there can be intense competition over the short attention span of the media as well as deep political differences, but every one of them, including the Palestinians, wanted to see the U.N. processes and mechanisms of international and humanitarian law sharpened and strengthened. They wanted a conference that actually spoke about racism concretely, actually strengthened the tools available to name and suppress it, and actually brought international attention to the plight of the victims.

While the conference at least did not explode as the Zionists hoped it would, it is not difficult to assess who triumphed. As Jaradat told Le Monde, "we have witnessed a conference about racism without victims and without perpetrators of racist acts" (Le Monde, April 24)