The following video, which probably half the world has seen, captures the death on camera of young Iranian woman killed while non-violently protesting for her rights. CNN broadcasted it. It a "symbol."

The video on the other hand, is of the death on camera of Bassem Abu Rameh, a young Palestinian non-violent protester, near the apartheid wall that cuts into Bil'in. It wasn't broadcast on CNN. It is not a "symbol." 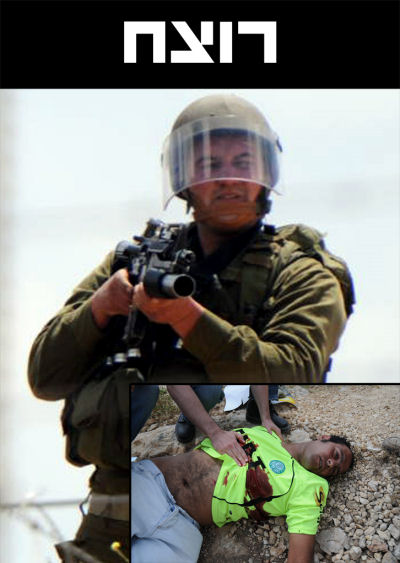 We even have a picture of the alleged murderer of Bassem, probably posted on Israeli indymedia by eye-witnesses. (on top is the word 'murderer' in Hebrew). CNN can probably solve a murder case of a protester and bring the criminal to justice without spending more than a $100 of investigative journalism. Why don't they do it?

Shame on CNN for caring about the death of non-violent protesters according to the interests of U.S. foreign domination. The love these journalists professes for Neda is just as racist as the their indifference towards Bassem. Indeed, it is the same racism.

Broadcast the death of Bassem!