On whose side is Obama on healthcare?

What will healthcare reform ultimately be? Did Obama's speech mark a new phase of progressive advance or a capitulation?

You can try to understand what Obama said. You can ask the people who get paid telling you what you should believe.

Or you can ask the capitalists themselves. They do answer: 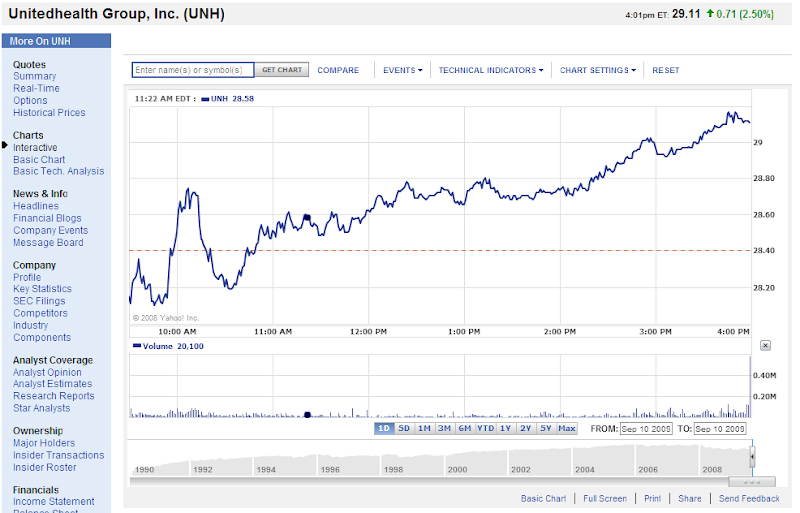 Of course, capitalists can get it wrong too. And they may change their mind next week. Still, I think it is a good idea to take them seriously, because, unlike the president, money talks through a single side of its mouth.