This year in Egypt, Next year in Palestine 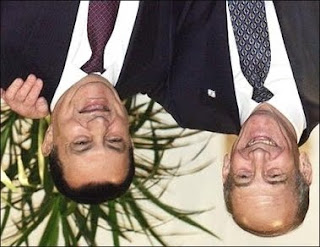 Although not fully aware of the rosy glasses he wears, the runaway Israeli ambassador in Egypt is a hopeful man, about whose prophesies one can only say, "may they come true sooner in our times." This is from his rambling commentary on the downfall of his dear friend:

As long as we had Mubarak, there was no void in our relations with the region. Now we're in big trouble...From a strategic point of view, Israel is now facing a hostile situation. It's over, there is no one left to lead the pragmatic, moderate state. ...The next stage is disbanding parliament, as the people won't accept a parliament based on fraud, and holding new elections. Naturally, the opposition will also want to run in these elections and will ask for a longer period of time to gain recognition. The Muslim Brotherhood will take action as well, of course...(Tantawi) is okay, but the strategic situation comprises forces we are unfamiliar with. The army will likely maintain the peace agreement, but there will be developments we cannot foresee at this time." (http://www.ynetnews.com/articles/0,7340,L-4027283,00.html)

Oh Tel Aviv, don't cry! Dictators come and go. The Empire giveth and the people taketh away. It is unwise to get too emotionally attached. If you allow me to paraphrase an old Midrash:

The colonialist arrives to the new land with a closed fist, as if to say, "this is all mine," but will leave with an open palm, as if to say "I took nothing with me," not even wisdom.