Yesterday night, unknown persons threw five Molotov cocktails into houses in South Tel-Aviv in which African refugees live. The attacks appeared coordinated, meditated and with the intention to harm. In one case, a window to a room in which people were sleeping was opened from the outside and the bomb was thrown in.
This is based on reports from a photographer, Ziv Oren, who lives in the neighborhood. The police did not alert the journalists as it usually does when a crime is committed. 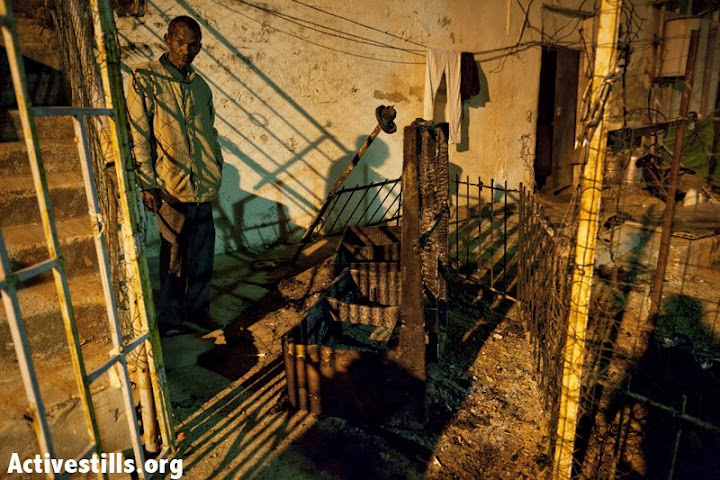 The attacks bear the trademark of the European far right, although there really is no "far right" in Israel. Hatred on foreigners is at the political center. No terrorist organization took responsibility for the attack. And don't expect anybody in Israel to treat this as a terrorist attack. "Terrorist" are people who use violence against people whose lives count.
According to Haaretz, there only three Molotov cocktails. As of now, it appears there were no casualties.
Posted by Gabriel @ 10:44 am