Pics from the Jews Against Genocide demo in London

Jewish in Britain against Genocide demonstrated outside the offices of the Board of Deputies of British Jews in London yesterday, August 4, 2014.

Quotes and pics from the group:


We are Jews in Britain outraged at the Board of Deputies’ uncritical support for Israel as it commits genocide against the Palestinian people in Gaza. 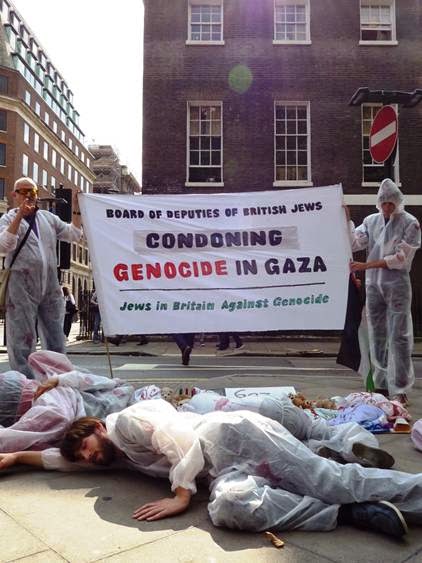 The Board of Deputies claims to speak in our name when it lobbies in defence of Israeli violence. It organises rallies with the Zionist Federation in support of Israel’s slaughter. 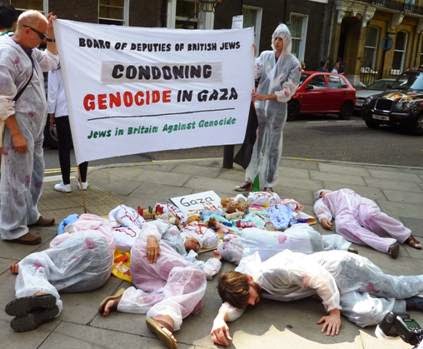 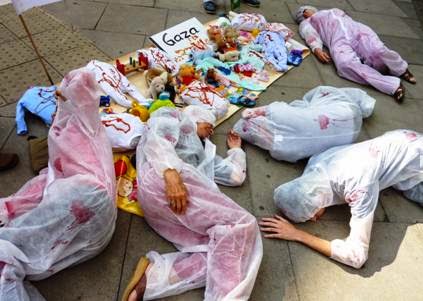 We Jews know, from our history, about persecution, concentration camps, starvation and murder.  Israel has turned the Gaza Strip into a concentration camp by imposing a seven-year military siege, by restricting access to food, water, fuel and medical supplies, by imprisoning 1.8 million people and squeezing them even further by imposing no-go areas within the Gaza Strip. 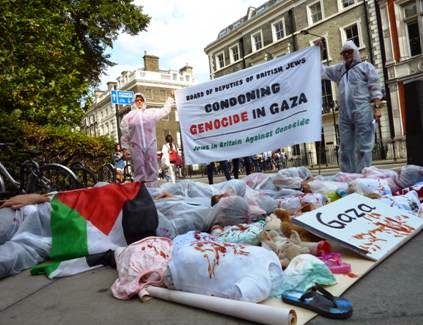 In the current assault on Gaza, entire families are killed and neighbourhoods obliterated. UNICEF has condemned Israel for deliberately targeting women and children. 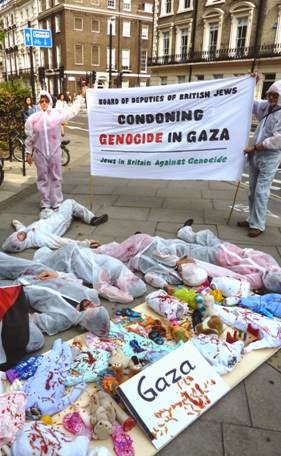 Nearly 400 children have been murdered in less than four weeks, and more than 2000 have been injured and maimed. Gaza’s dead children are dead simply because they are Palestinians – this is genocide.
Posted by levi9909 @ 9:37 am

Email ThisBlogThis!Share to TwitterShare to FacebookShare to Pinterest
Labels: Board of Deputies, Jews Against Genocide