Palestinian snowman and the Zionist strawman

Actually it's not just snowmen that Palestinians have been building in snow covered occupied Jerusalem.  There's definitely a snowwoman in there somewhere.  These photos are from the Palestine Center website:

Here is Manger Square in Bethlehem where the church of the nativity, the site of the first Christmas, is seen in the background along with a snow dusted Christmas tree. 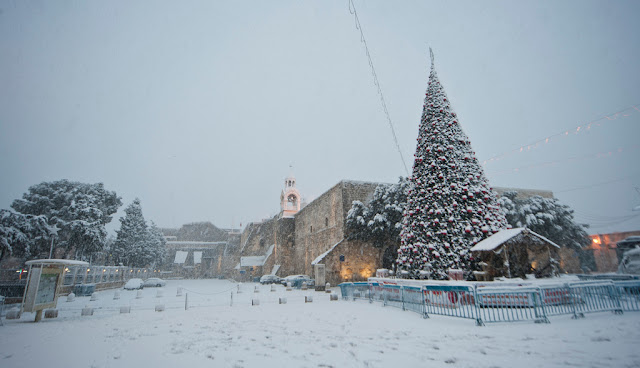 Not too far from Manger Square snow accumulates on an iconic key above the entrance to a Palestinian refugee camp in Bethlehem. 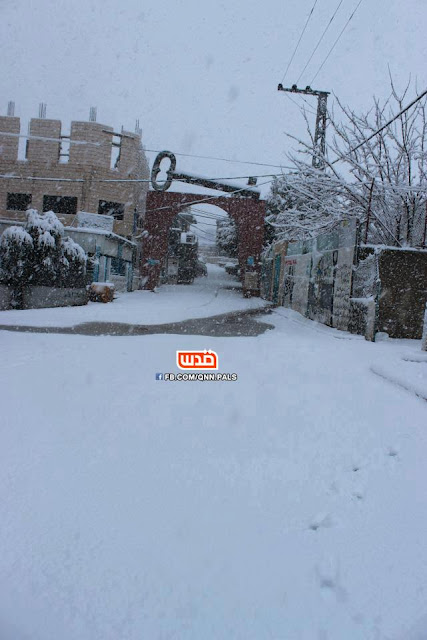 Moving north, Bab Al-Amood, or the Damascus Gate to the Old City of Jerusalem, which has withstood much throughout its long and storied history, face flurries in this shot. 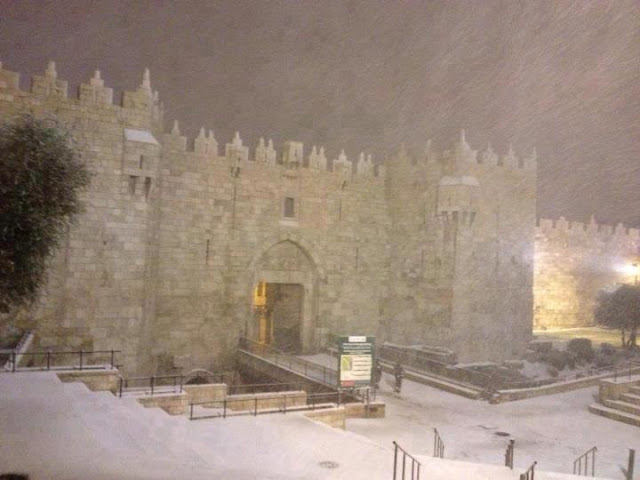 Bab al-Khalil, or the Jaffa Gate, is seen here. 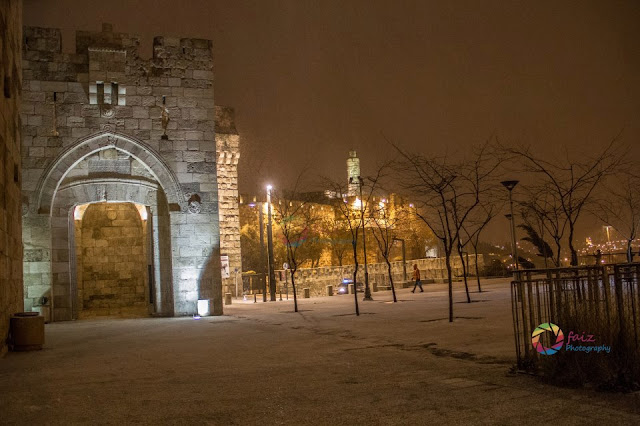 Through the gates and behind the walls, the crown jewel of Jerusalem's skyline, the Dome of the Rock, can be seen here amidst surrounding snow covered domes. 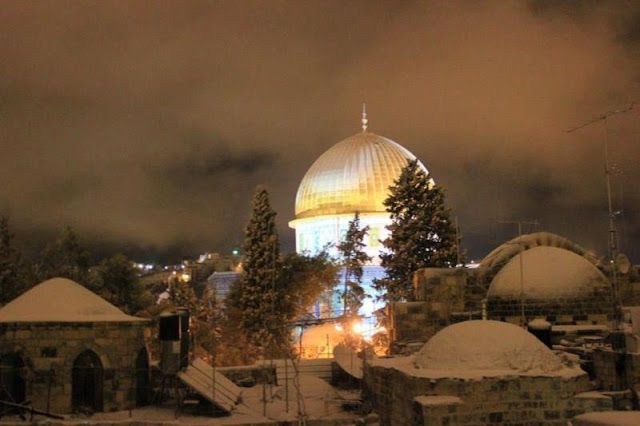 What is more majestic than that moment when the sunlight hits Jerusalem? That same moment in the snow. 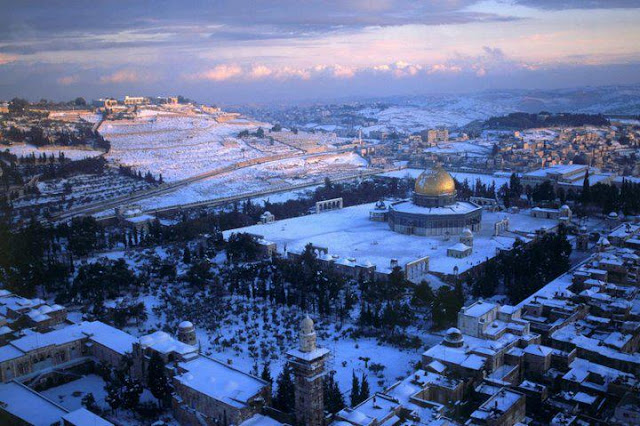 What's this? A Palestinian snow man visits the Dome of the Rock. 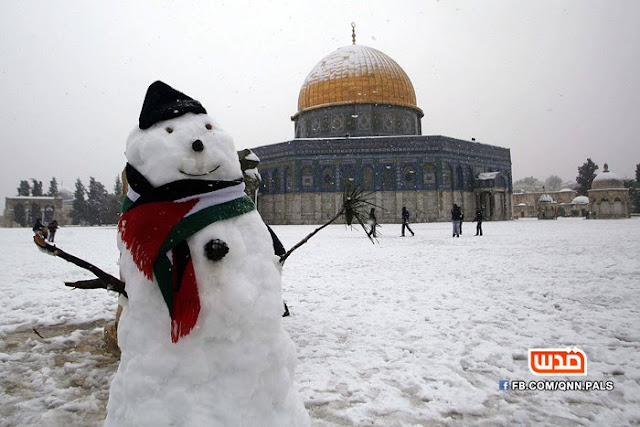 To the north, a Palestinian stands atop the iconic lions of Ramallah covered in snow. 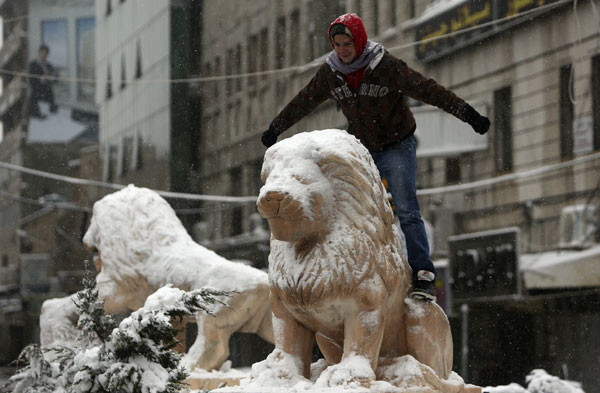 While snow is certainly a welcome distraction for life under occupation, it is also a vehicle for political expression. This Palestinian snowman commemorates the Nakba, or the depopulation of Palestine in 1948. 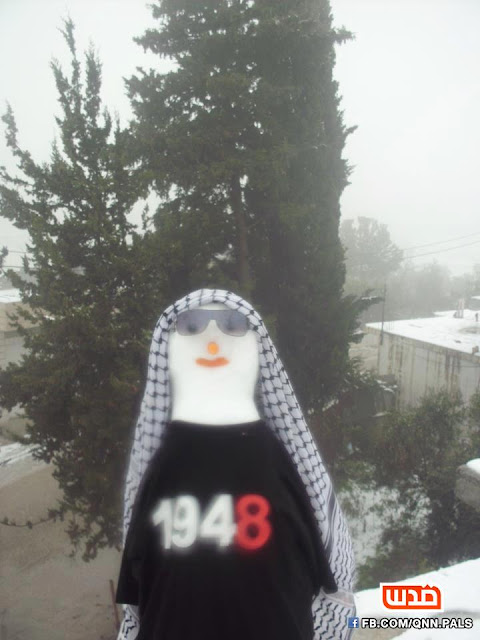 Here, a kufiyeh wraps the image of a Palestinian prisoner on hunger strike atop the snow. 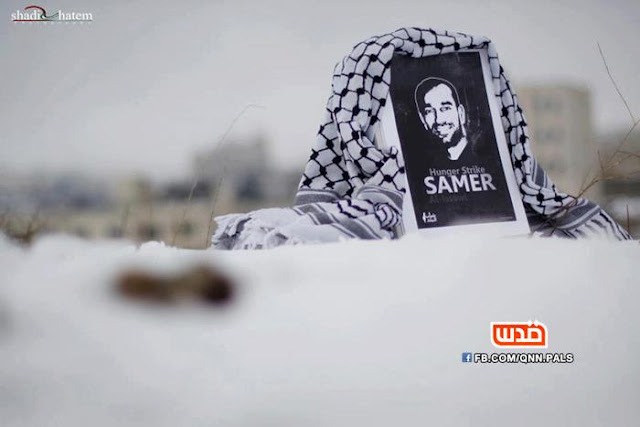 Some took to creating snowmen to express loyalty to one Palestinian political faction or another. Here is a Hamas snowman. 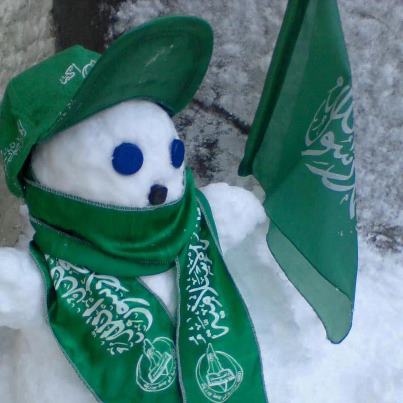 Another snowman, draped in a Fateh scarf, comes complete a with kufiyeh on its head shaped the way Yasser Arafat made famous. 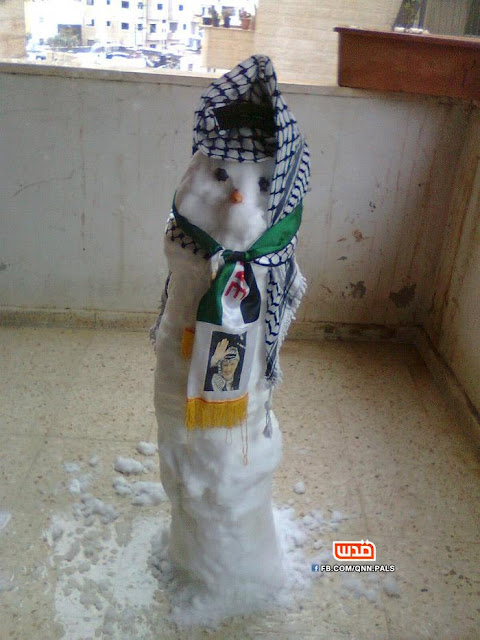 While some used the snow to show their party allegiance, others used it as a call for unity and reconciliation between Hamas and Fatah. 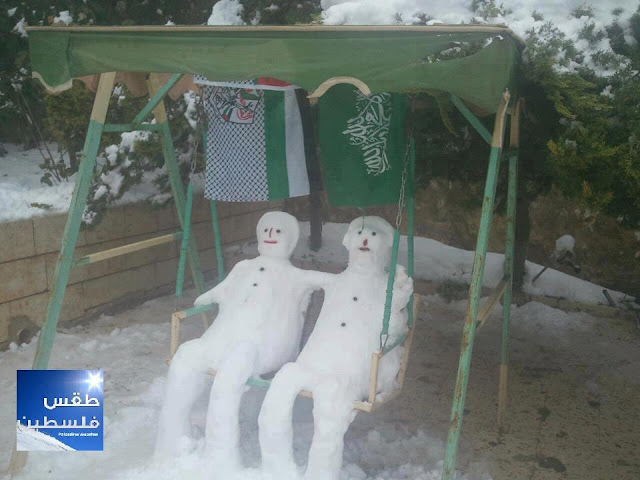 Some snowmen wanted nothing to do with politics at all. 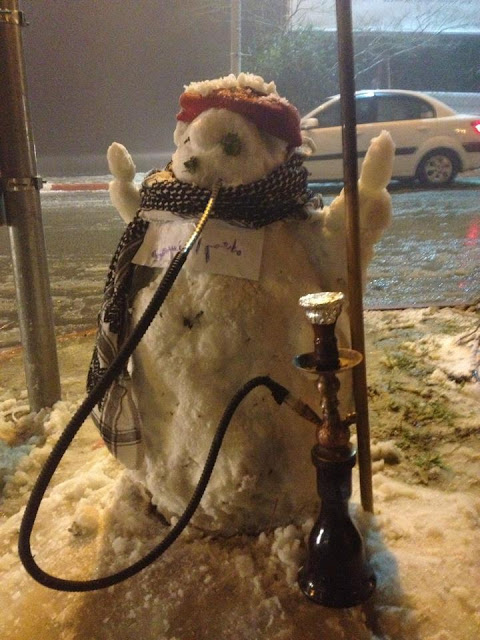 And why should men have all the fun? This snow woman, or snowmaneh as the Facebook caption on her photo reads, chills in the shade in Bethlehem. 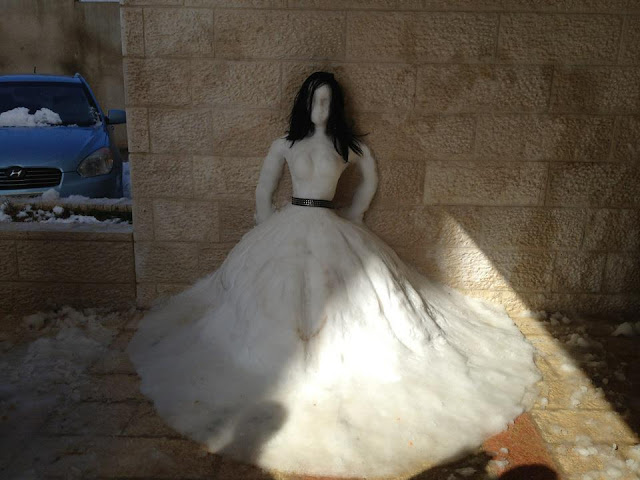