Zionists Demonstrate against the No Antisemitism

I just read a write up in Jewish News of the Zionist demo today at the Royal Courts of Justice in the Strand in central London.  I did a word search to see if I could see anyone using the expression "New Antisemitism" and the word "New" didn't appear anywhere.  But let's take a look at the piece:


An estimated 4,500 people rallied outside the Royal Courts of Justice this afternoon to demand zero tolerance to anti-Semitism, writes Justin Cohen.

Now let's have a look at the picture accompanying the piece: 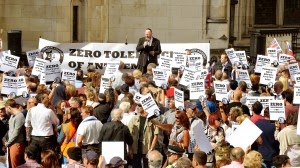 A friend of mine emailed to say that the BBC had said they numbered in the hundreds but that's still not the claimed 4,500.

Oh look, I found another pic: 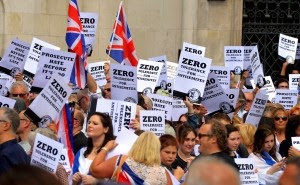 I might have to up my estimate to 150.  Remember these people weren't marching, they were rallying in front of this building here: 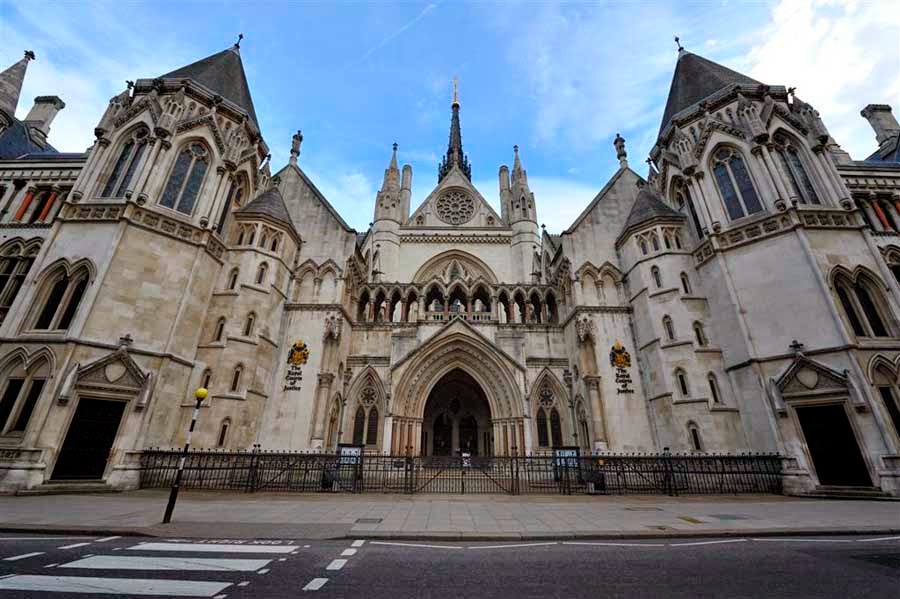 
“Don’t wait weeks and weeks and then for people to have to take the initiative with things like this,” he said. “Expect more, demand more from the people who say they speak in your name.”

Murray also urged community members to write to MPs and “help stop the lies”. If people don’t speak out when Israel is accused of genocide or of committing war crimes, he warned, “you help to feed the lies”.

Accusing Israel of genocide or of committing war crimes is stating facts, how can that be antisemitism, old or new?  That's it, there was a demonstration today by Zionists against the No Antisemitism and let's face it, if they do ever find such a thing, on past performance they'll ignore it or collude with it.  They won't try leading a merry dance outside courts on a day when they're closed.
Posted by levi9909 @ 10:05 pm