Spot the difference at The Guardian

The Guardian ran an article by Peter Beaumont on Friday with the headline, Why are French Jews returning to Israel in such numbers?  Someone emailed me about it wondering why The Guardian was promoting the idea that Jews settling in Palestine amounted to "returning".

I read the article and found that whilst Peter Beaumont referred to Jewish "immigration" he didn't once use the word "return" or "returning" so I tweeted this query to him: 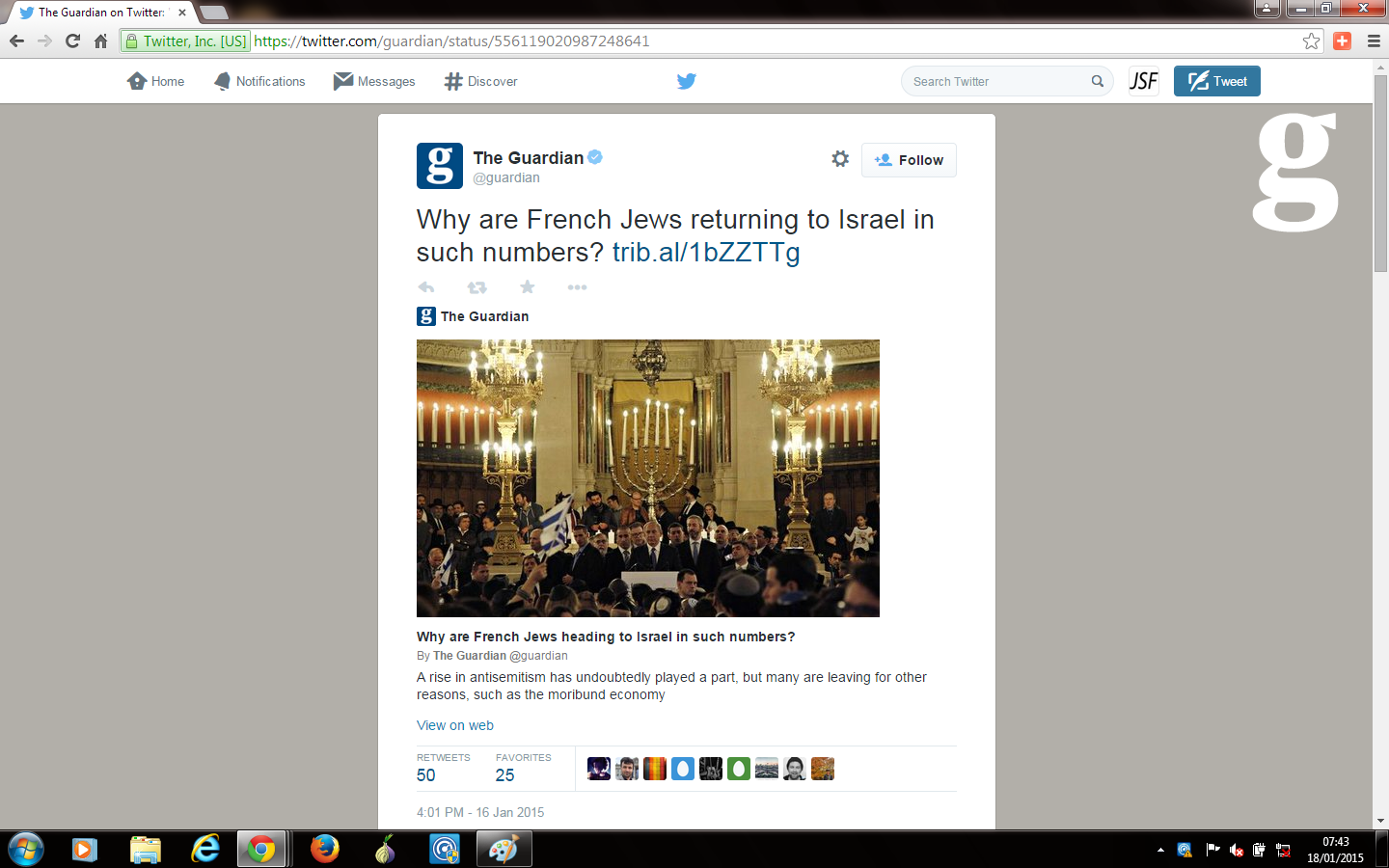 And here's the embed though, on past performance it might not last:

Anyway, now look at the headline of the article itself:

Why are French Jews heading to Israel in such numbers?

Now scroll down the article and look for where they say they amended it.  Don't spend too long on it because you won't find it.  I thought it was standard practice at The Guardian to announce their amendments.

Anyway, I wonder what led to their correcting the headline.  In fact I asked Peter Beaumont:

Spot the difference at @guardiannews between this http://t.co/eDyqWJ1VWL and this: https://t.co/qthomIVBC7 Thank @petersbeaumont or me?
— Jews Sans Frontieres (@jewssf) January 18, 2015


I'm guessing he won't answer but he does seem to be one of the good guys at the graun, in fact, he's well worth a follow on twitter.